In response, the Scottish Government commissioned the Independent Review of Adult Social Care, a key recommendation of which was a National Care Service, with accountability for adult social care sitting with Scottish Ministers, to help better deliver the improvements that can be achieved through consistent integration of health and social care.

In this session, Kevin Stewart, MSP Minister for Mental Wellbeing and Social Care and Professor Alex McMahon, Chief Nursing Officer will share their thoughts on the Scottish Government’s proposals for a National Care Service. These proposals are ambitious and aim to create historic change to the provision of care, putting Human rights at the heart of a new person-centred service that enables people to live fulfilled lives. 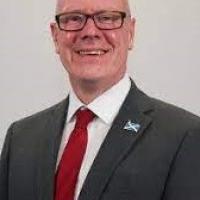 Donna is Director of Mental Wellbeing and Social Care at Scottish Government.

Professor Graham Ellis is a Geriatrician who has worked in Hospital at Home services since 2011. Professor Alex McMahon is Chief Nursing Officer for Scotland and Director of the CNO Directorate in Scottish Government. He took up post on the January 2022.