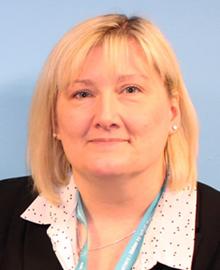 Diane joined Healthcare Improvement Scotland (HIS) in 2015 to lead the national Person-centred Health and Care Programme. In the eight years prior to working with HIS, Diane’s role was as the Person-centred Care Manager with NHS Ayrshire and Arran. In this role she supported the organisation and front-line teams to involve communities, service users, families and carers in decision making, service change and redesign, and in developing approaches to improving care experiences.

Diane has been a Scottish Improvement Leader (ScIL) since 2015, Workplace Mediator since 2010, and is a qualified Public Participation Practitioner.

The Person-centred Health and Care Programme led by Diane is currently rolling out an improvement model designed and prototyped by HIS with NHS care teams across Scotland. This model effectively supports identification and implementation of improvements directly relating to service user feedback. In addition, Diane has been leading on the development of a national coaching and advisory support offer around the Experience Based Co-design approach