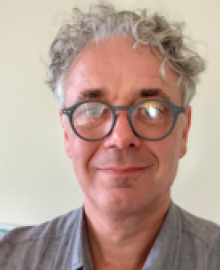 Dr Michael Smith (MD, FRCPsych) is Associate Medical Director for Mental Health & Addiction Services in NHS Greater Glasgow and Clyde, a Visiting Professor at the Centre for Excellence for Looked After Children in Scotland (CELCIS) at the University of Strathclyde, and Honorary Clinical Associate Professor at the Institute of Health & Wellbeing at the University of Glasgow.

He trained as a General Practitioner in Glasgow, and then as a psychiatrist in the West of Scotland and Melbourne, Australia. He was a founding member of the “see me” campaign against stigma in Scotland (www.seemescotland.org) and set up the award-winning Doing Well depression programme in Renfrewshire. He worked with the Scottish Government’s Mental Health Collaborative from 2008-11 to rationalise the use of antidepressants in Scotland.

His research interests are in depression, public mental health, and especially the influence of attachment and adverse childhood experiences. He is a founding member of the multi-agency Scottish Adverse Childhood Experiences Hub, hosted by NHS Health Scotland and a member of the National Suicide Prevention Leadership Group in Scotland.