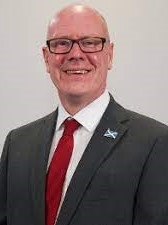 Kevin has served in the Scottish Parliament as the member for Aberdeen Central since 2011. He was the Convener of the Local Government and Regeneration Committee in the last Parliament and sat on the Welfare Reform and Justice Sub-Committee on Policing.

He was previously the Minister for Local Government, Housing and Planning.